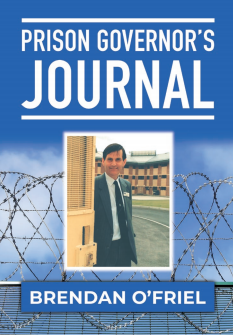 In-depth book review of the Prison Governors Journal in the Howard Journal of Crime (a small section of the review is reproduced below)
READ MORE...
The literary genre of prison writing receives limited attention from the general public or from academia, yet written accounts of the carceral experience play an important role in testifying to life behind prison walls. While a number of prisoners have written about their imprisonment, books by prison staff are rarer, and some recent volumes have been criticised for their voyeuristic depictions of prisoners and prison life. Brendan O'Friel served as Governor of HMP Strangeways (now HMP Manchester) during the most serious prison riot in UK history, yet he avoids sensationalising his account of his time in the prison service. Instead, his memoir, Prison Governor's Journal, offers a considered, measured and meticulous account of three decades working in the English prison system, which will be of value to an academic audience and a wider readership.
READ MORE...

Coverage of the Journal in the Catholic Pictorial 9th May 2021 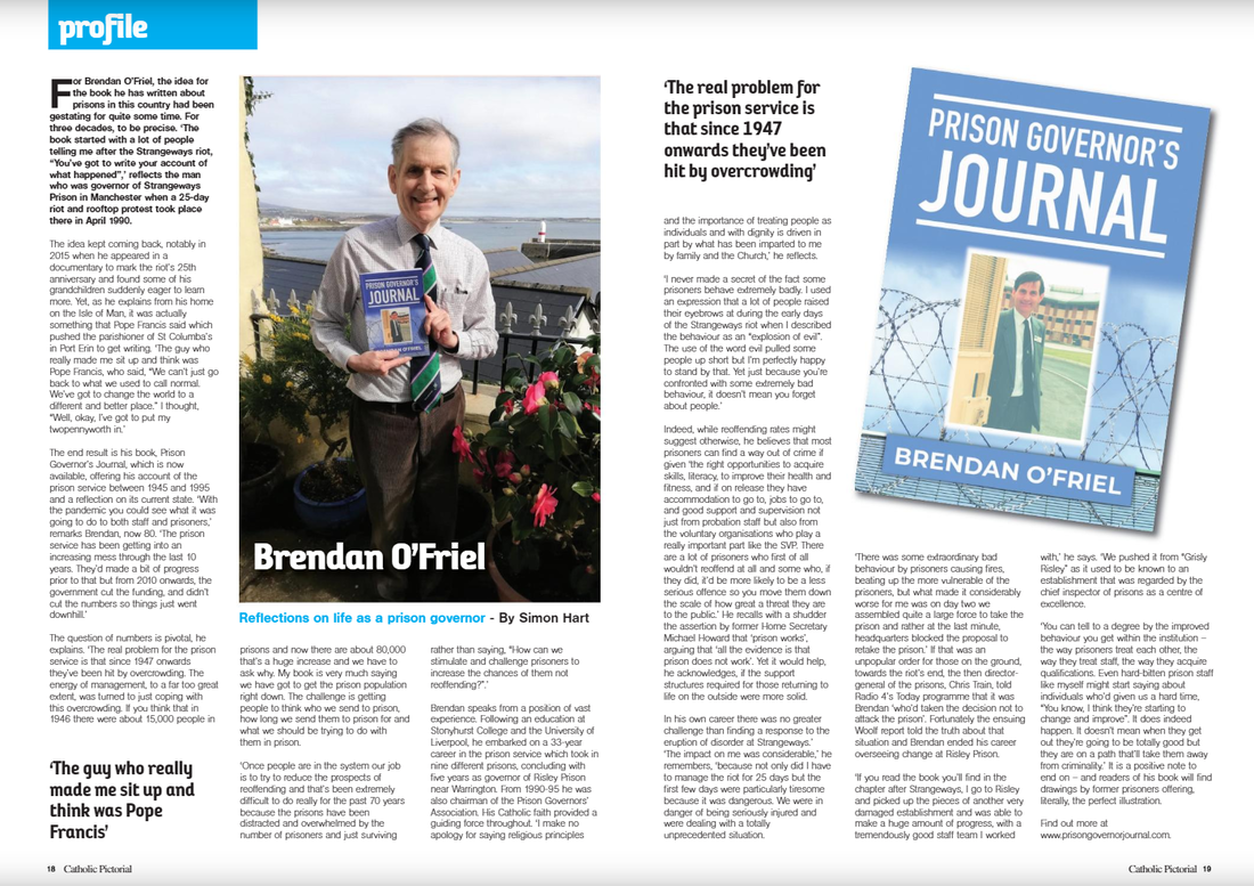 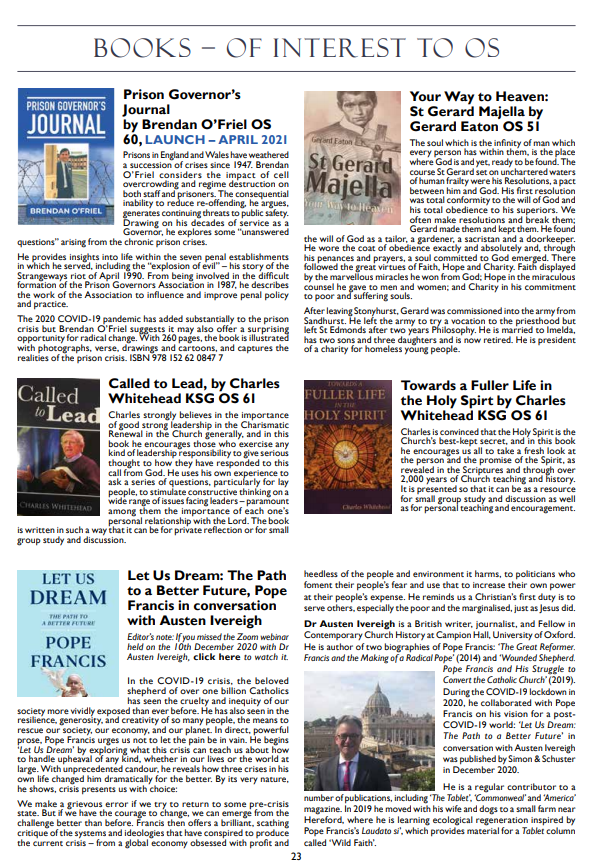 "It is really excellent. A fascinating read and a genuine insight into the world of prisons. I really like the photos, cartoons and sketches! The Journal is in attractive and good format - "published" well!"
​

"I wanted to say how illuminating and thought provoking I found Prison Governor's Journal - fascinating insider perspective on a long and illustrious career, interesting mix of well informed consideration of the perennial issues as well as on the ground lived experience of administering a real mixture of establishments - like most readers I read the Strangeways section with particular interest.  I am sure it will be an invaluable resource to everyone involved with the criminal justice system."

"Brendan O'Friel has given us a fascinating history of the service over more than three decades through the prism of his own career.   Prison Overcrowding, and its baleful consequences, is the overriding theme. You would not put bunk beds in a hospital ward, you would not expect patients to eat their meal in a toilet, yet politicians of all stripes not only tolerate these conditions but actively encourage the courts with their rhetoric to further overcrowd already overcrowded local prisons."

"It is as though the Poor Law, (and most prisoners are poor) and more pertinently its principle of 'less eligibility,' is alive and well in our prison system, rooted like Japanese Knotweed. For Brendan O'Friel overcrowding is a moral issue, because it attacks the moral fabric of the institution itself, degrading staff and prisoners alike."